When your name becomes a household term, but majority of the world is still unsure of what you are, it might be surprising to most people to find out Bitcoin is one of the biggest things in the world right now. Trading in bitcoin has become such a hot and trending concept. Within such a short time, that bitcoin went from being a worthless bit of coding to being valued at $7,635.81 at the time of writing of this article. In the next few paragraphs we are going to go into what a Bitcoin is and how it is traded. 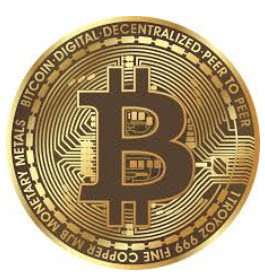 Due to its name, most people confuse this for a physical coin that is traded online, but in reality, bitcoin is a form of a cryptocurrency, a form of currency that exists solely on the internet, with no physical representation, like cash is for all other currencies. Known as a peer-to-peer digital currency, bitcoin was launched in 2009 by Satoshi Nakamoto. Mr. Nakamoto put 2 years of work and released the code to the public shortly before his disappearance. The term cryptocurrency comes from the usage of cryptography to control the creation and trade of funds. As the first cryptocurrency, bitcoin was world changing, and arguably the best and biggest competitor to the traditional financial vehicles we have been using throughout history.

Except for generating something from nothing value wise, bitcoin has also managed to become a part of people’s daily lives as an accepted form of payment for online sites, such as overstock.com to many, many others.

How do I trade it?

Now that we know the basics of what a Bitcoin is we can look into few of the options of trading in this currency.

To start off you will need to either download the bitcoin client or set up an online wallet. This will allow you to get a “pseudo anonymous” bitcoin address, this address is your title, your identification number, through this number other people can send or sell you Bitcoins without the need of a middle man bank or broker. When it comes to the client you have several choices, while two of the most popular are bitcoin-qt and Multibit. Through one of these you get your address and you are ready to purchase your first bitcoin.

Buying your first bitcoin can be done easily through an online exchange. Depending on where you are and what system you want to use, there are 3 major exchanges: Bitstamp.net, Coinbase.com and . While you can use one of these exchanges, you can also purchase bitcoins in one of the many auction sites like Ebay or in person to person exchanges.

While you can trade bitcoins straight up for other currencies, you can also trade in CFDs and options with bitcoin. When It comes to trading on a margin, several locations sites online have become the popular go to spot, some of these are AVA Trade which offers you Bitcoin trading through a CFD, to Etoro.com and Btc.sx. Options have established their place in the bitcoin market as well, giving traders the ability to bet on the rise and fall of the value of bitcoin in pre-determined time periods.

With so many ways to trade, and such a large growth in value over the last decade, this volatile cryptocurrency is here to stay. So, pick your broker, your exchange, your wallet and let virtual make your reality better.